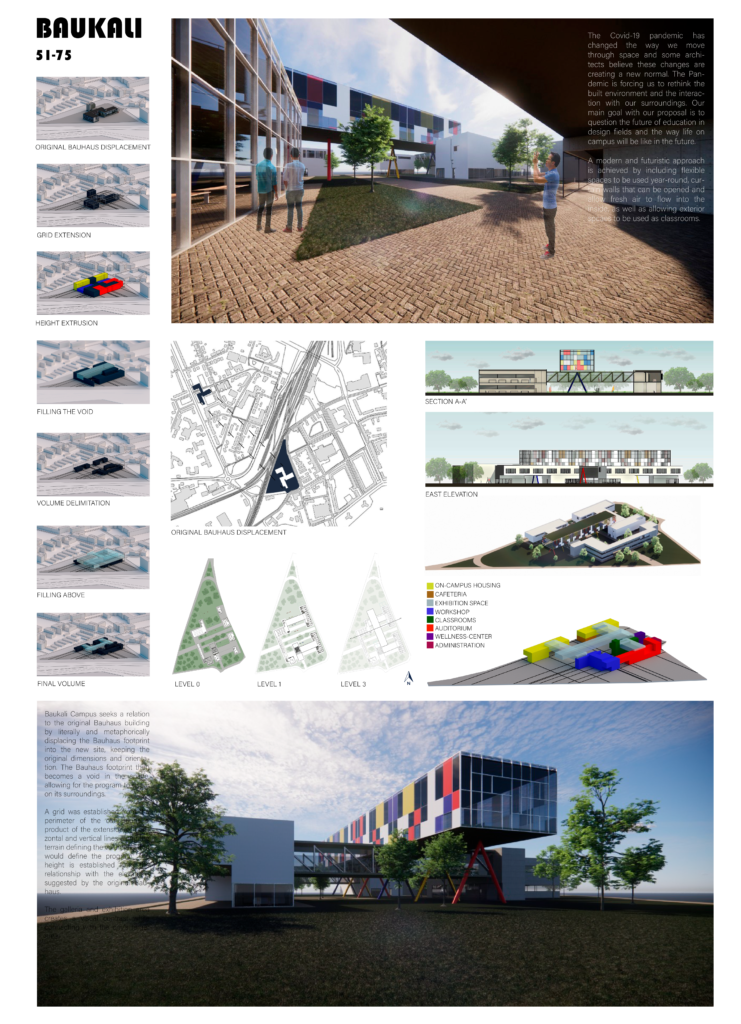 The Covid-19 pandemic has changed the way we move through space and some architects believe these changes are creating a new normal. The Pandemic is forcing us to rethink the built environment and the interaction with our surroundings. Our main goal with our proposal is to question the future of education in design fields and the way life on campus will be like in the future.

A modern and futuristic approach is achieved by including flexible spaces to be used year-round, curtain walls that can be opened and allow fresh air to flow into the inside, as well as allowing exterior spcaes to be used as classrooms.

First, a grid was established from the perimeter of the old Bauhaus, product of the extension of horizontal and vertical lines along the terrain defining the volumetry that would define the program. The height is established from the relationship with the elevations suggested by the original Bauhaus.

The galleria and exhibition area creates a visual contrast while connecting with thecity’s larger area. 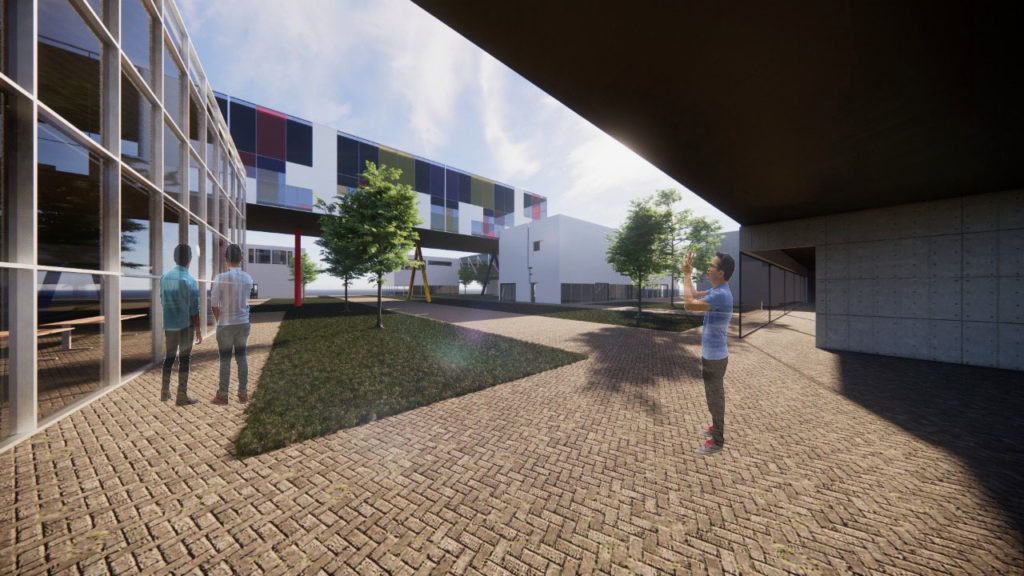 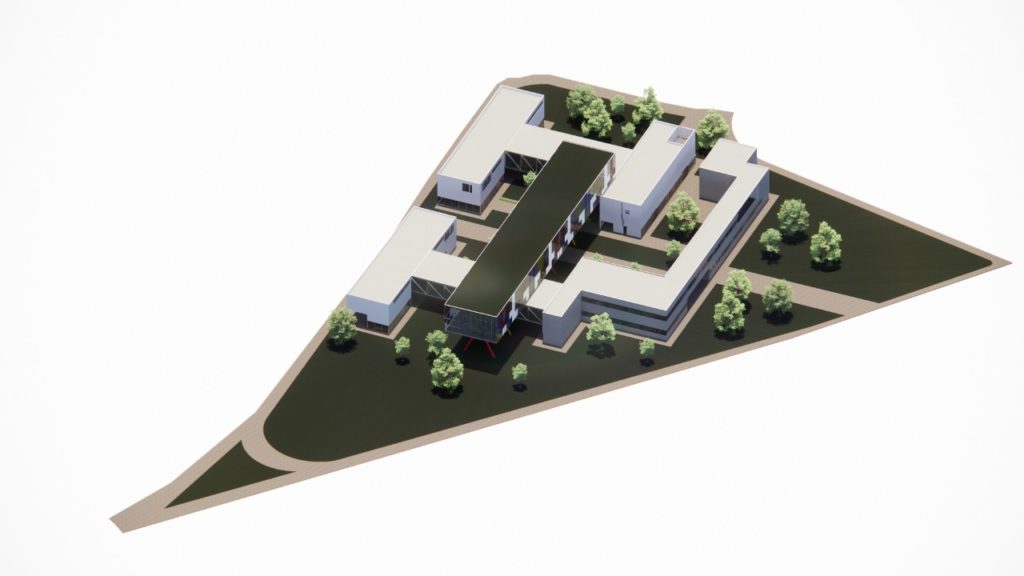 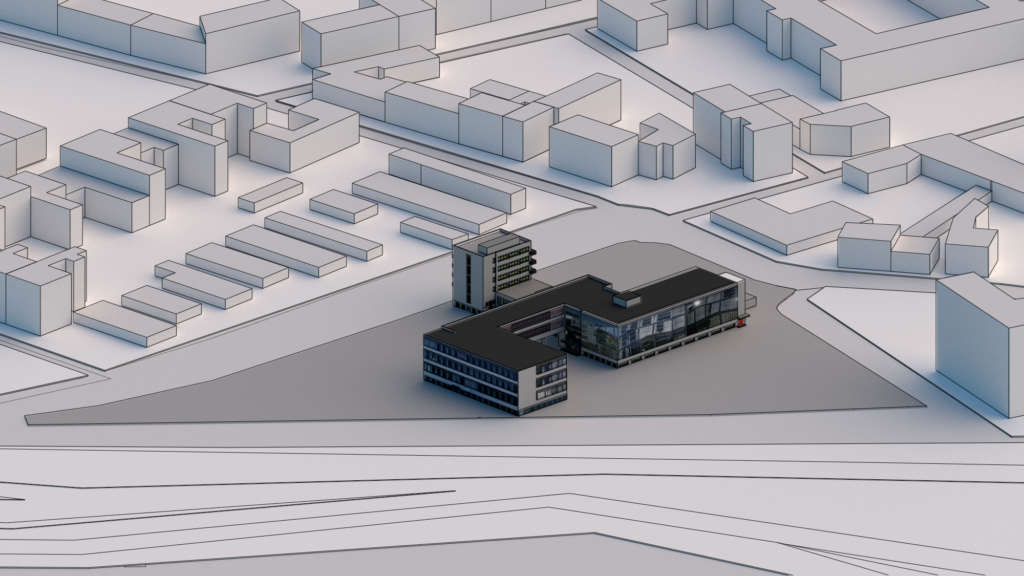 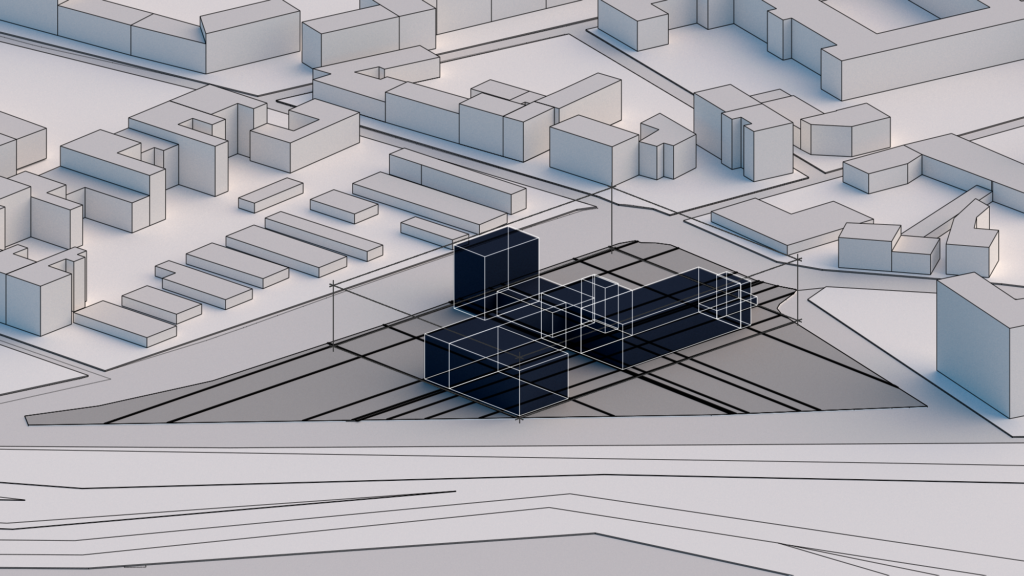 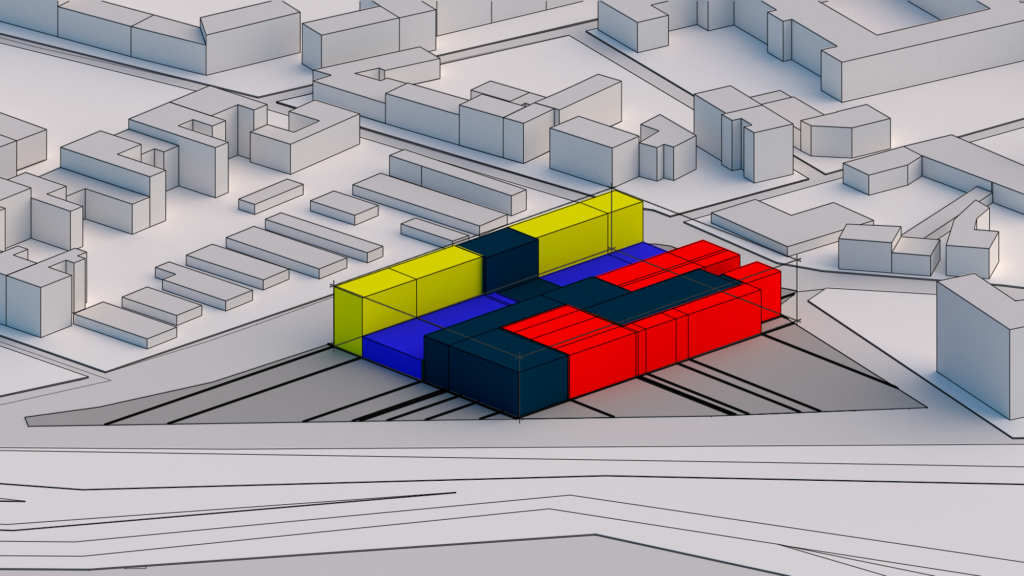 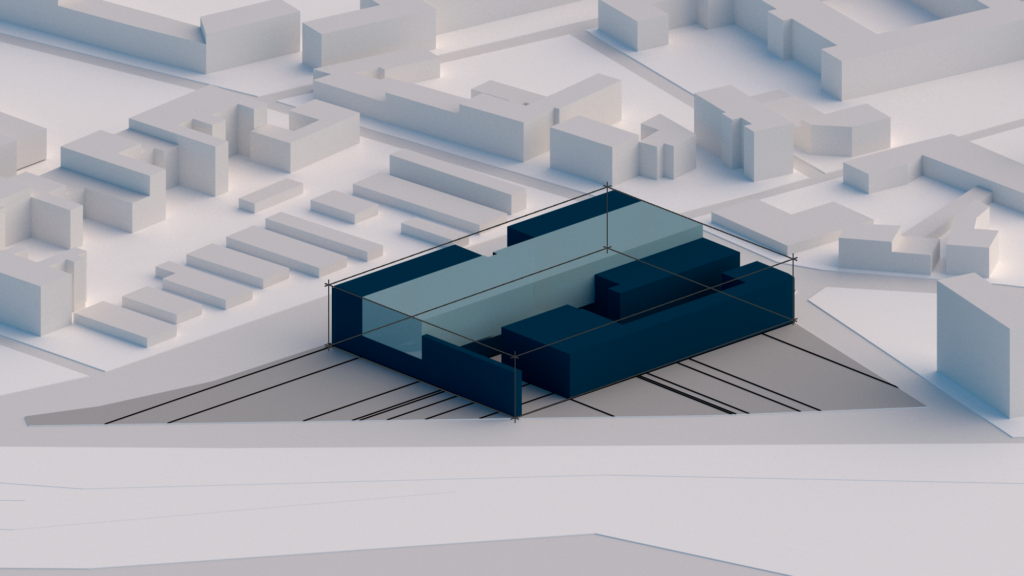 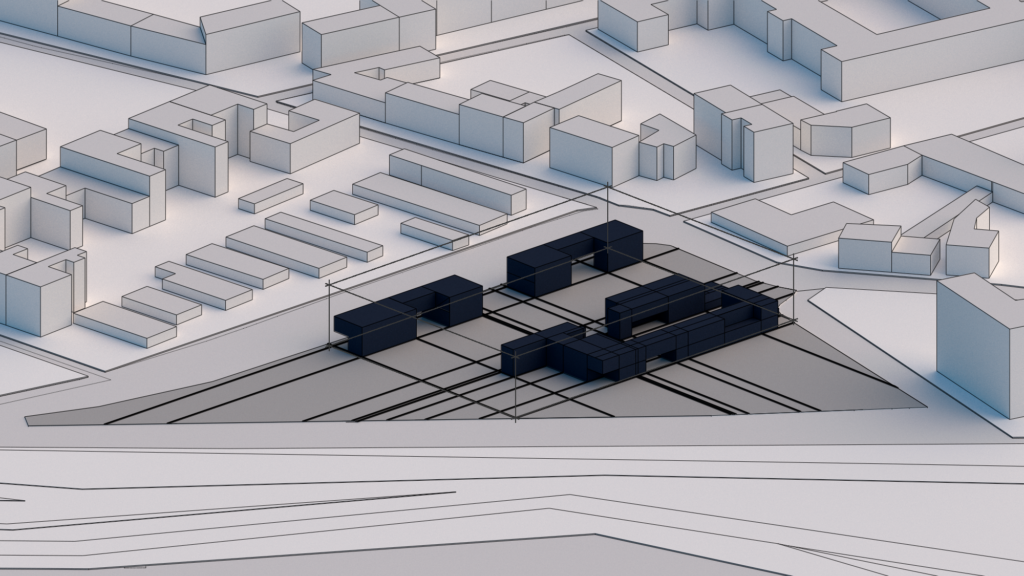 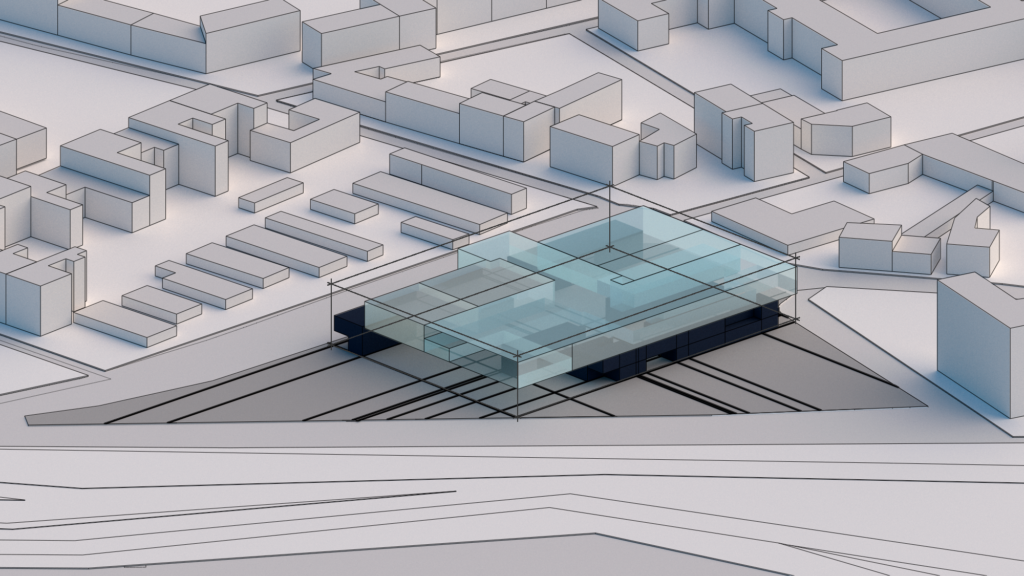 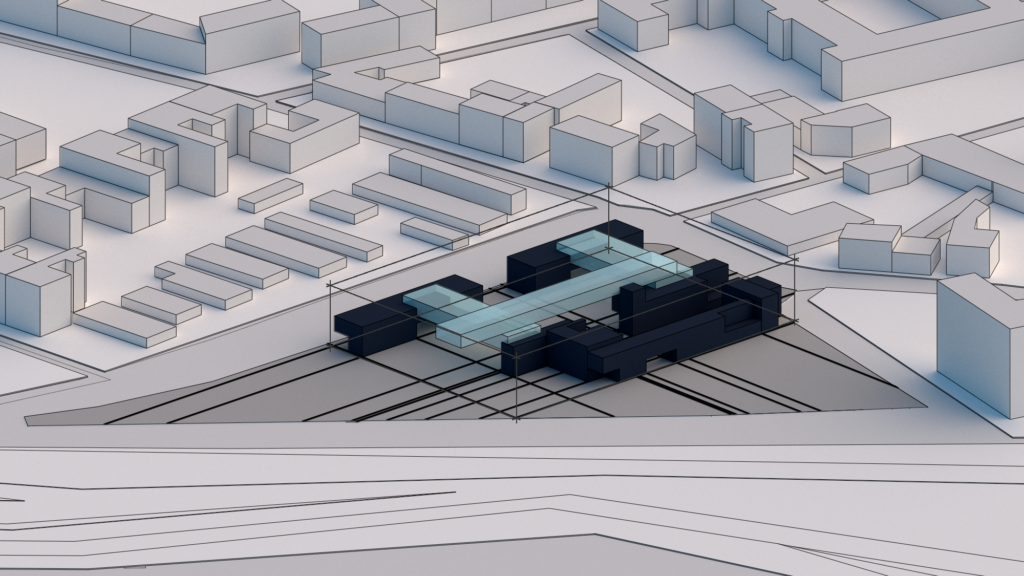 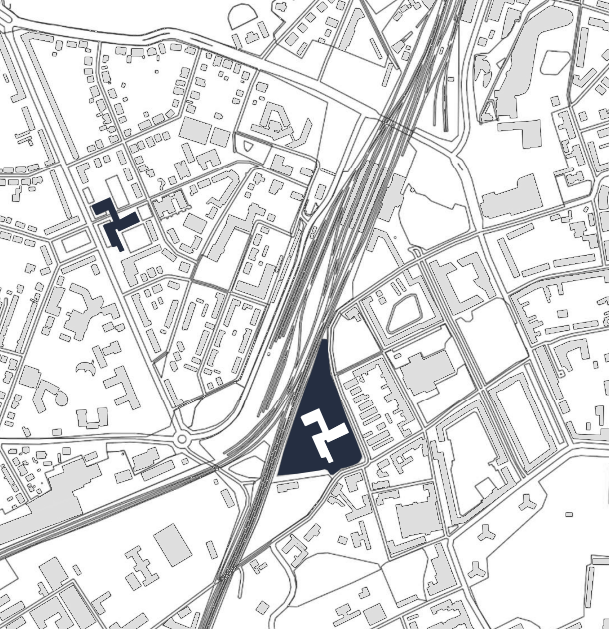 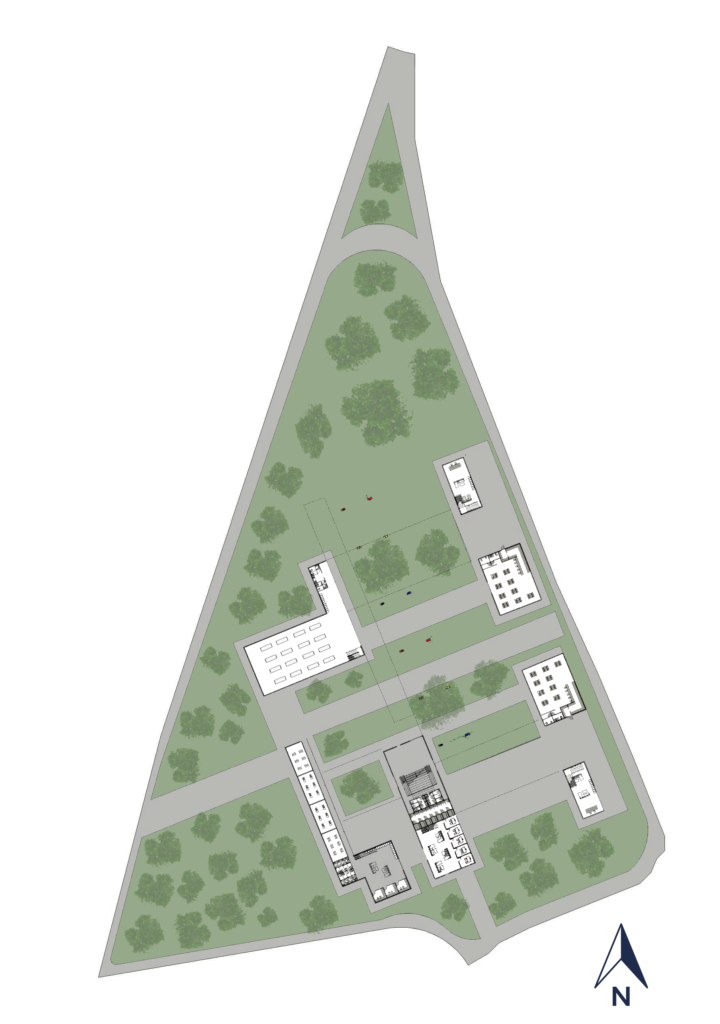 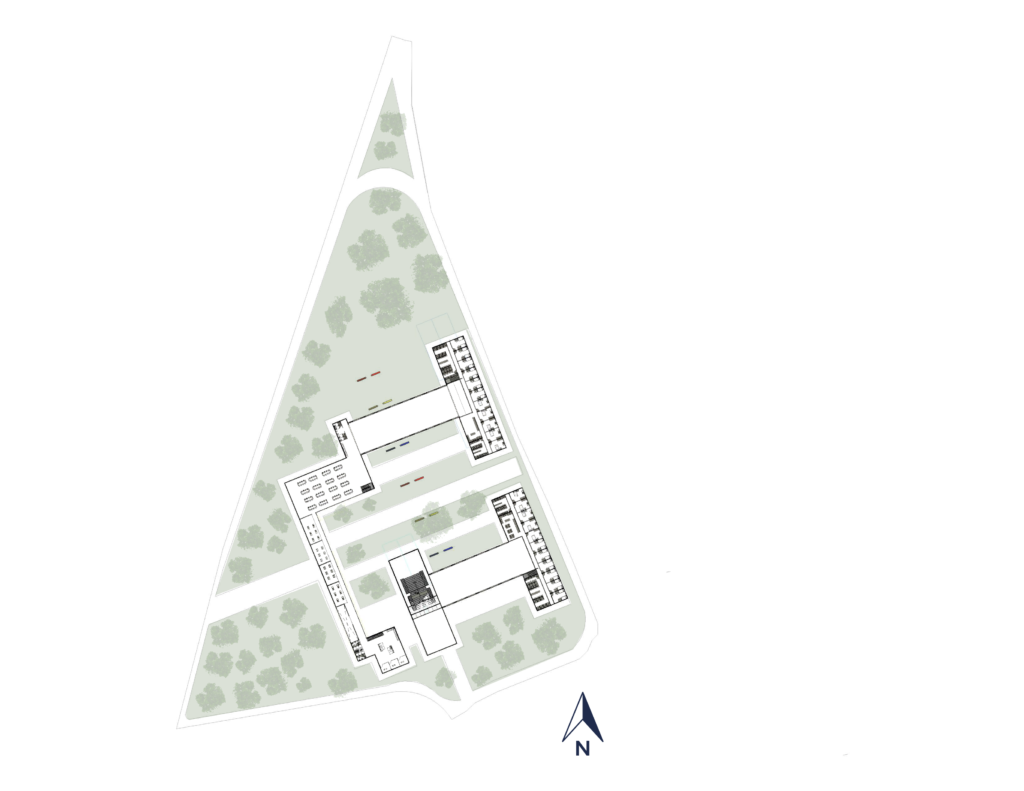 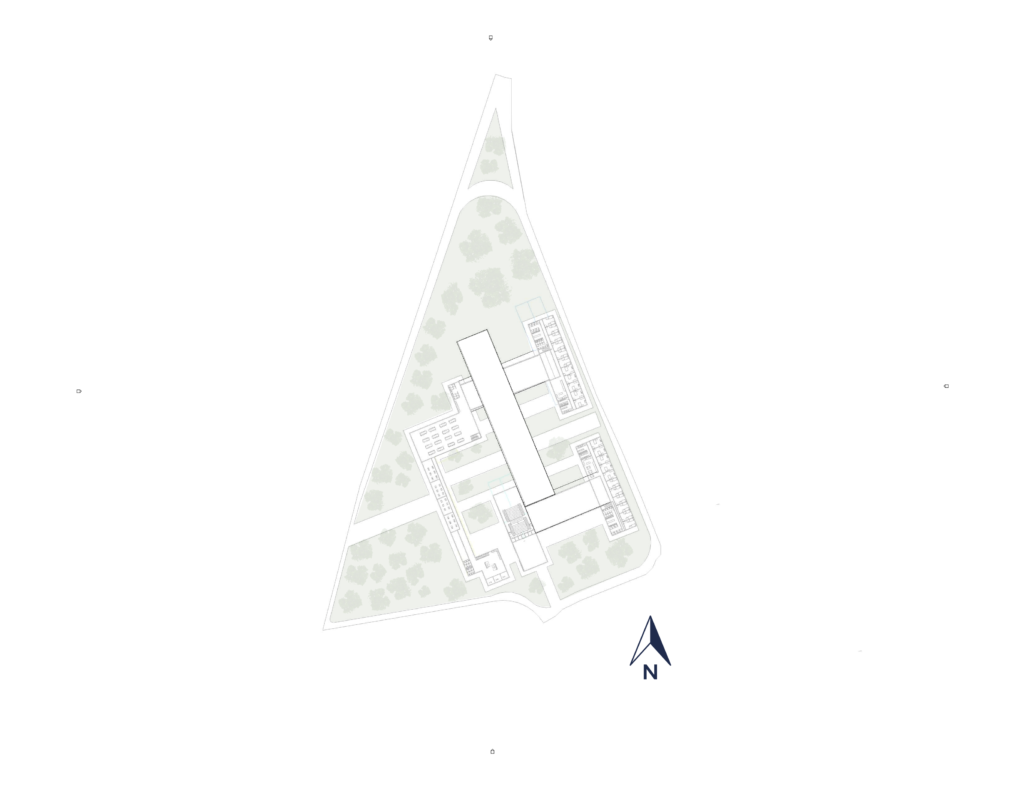