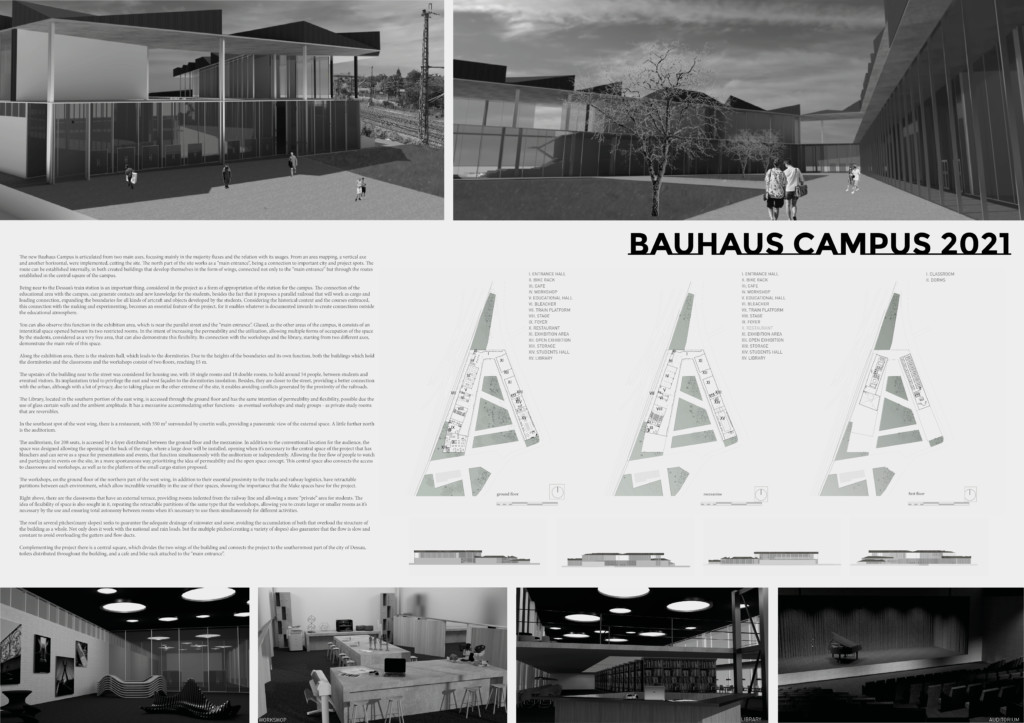 The new Bauhaus Campus is articulated from two main axes, focusing mainly in the majority fluxes and the relation with its usages. From an area mapping, a vertical axe and another horizontal, were implemented, cutting the site. The north part of the site works as a “main entrance”, being a connection to important city and project spots. The route can be established internally, in both created buildings that develop themselves in the form of wings, connected not only to the “main entrance” but through the routes established in the central square of the campus.

Being near to the Dessau’s train station is an important thing, considered in the project as a form of appropriation of the station for the campus. The connection of the educational area with the campus, can generate contacts and new knowledge for the students, besides the fact that it proposes a parallel railroad that will work as cargo and loading connection, expanding the boundaries for all kinds of artcraft and objects developed by the students. Considering the historical context and the courses embraced, this connection with the making and experimenting, becomes an essential feature of the project, for it enables whatever is documented inwards to create connections outside the educational atmosphere.

You can also observe this function in the exhibition area, which is near the parallel street and the “main entrance”. Glazed, as the other areas of the campus, it consists of an interstitial space opened between its two restricted rooms. In the intent of increasing the permeability and the utilization, allowing multiple forms of occupation of the space by the students, considered as a very free area, that can also demonstrate this flexibility. Its connection with the workshops and the library, starting from two different axes, demonstrate the main role of this space.

Along the exhibition area, there is the students hall, which leads to the dormitories. Due to the heights of the boundaries and its own function, both the buildings which hold the dormitories and the classrooms and the workshops consist of two floors, reaching 15 m.

The upstairs of the building near to the street was considered for housing use, with 18 single rooms and 18 double rooms, to hold around 54 people, between students and eventual visitors. Its implantation tried to privilege the east and west façades to the dormitories insolation. Besides, they are closer to the street, providing a better connection with the urban, although with a lot of privacy, due to taking place on the other extreme of the site, it enables avoiding conflicts generated by the proximity of the railroads.

The Library, located in the southern portion of the east wing, is accessed through the ground floor and has the same intention of permeability and flexibility, possible due the use of glass curtain walls and the ambient amplitude. It has a mezzanine accommodating other functions – as eventual workshops and study groups – as private study rooms that are reversibles.

In the southeast spot of the west wing, there is a restaurant, with 550 m² surrounded by courtin walls, providing a panoramic view of the external space. A little further north is the auditorium.

The auditorium, for 208 seats, is accessed by a foyer distributed between the ground floor and the mezzanine. In addition to the conventional location for the audience, the space was designed allowing the opening of the back of the stage, where a large door will be installed, opening when it’s necessary to the central space of the project that has bleachers and can serve as a space for presentations and events, that function simultaneously with the auditorium or independently. Allowing the free flow of people to watch and participate in events on the site, in a more spontaneous way, prioritizing the idea of permeability and the open space concept. This central space also connects the access to classrooms and workshops, as well as to the platform of the small cargo station proposed.

The workshops, on the ground floor of the northern part of the west wing, in addition to their essential proximity to the tracks and railway logistics, have retractable partitions between each environment, which allow incredible versatility in the use of their spaces, showing the importance that the Make spaces have for the project.

Right above, there are the classrooms that have an external terrace, providing rooms indented from the railway line and allowing a more “private” area for students. The idea of flexibility of space is also sought in it, repeating the retractable partitions of the same type that the workshops, allowing you to create larger or smaller rooms as it’s necessary by the use and ensuring total autonomy between rooms when it’s necessary to use them simultaneously for different activities.

The roof in several pitches(many slopes) seeks to guarantee the adequate drainage of rainwater and snow, avoiding the accumulation of both that overload the structure of the building as a whole. Not only does it work with the national and rain loads, but the multiple pitches(creating a variety of slopes) also guarantee that the flow is slow and constant to avoid overloading the gutters and flow ducts.

Complementing the project there is a central square, which divides the two wings of the building and connects the project to the southernmost part of the city of Dessau, toilets distributed throughout the building, and a cafe and bike rack attached to the “main entrance”. 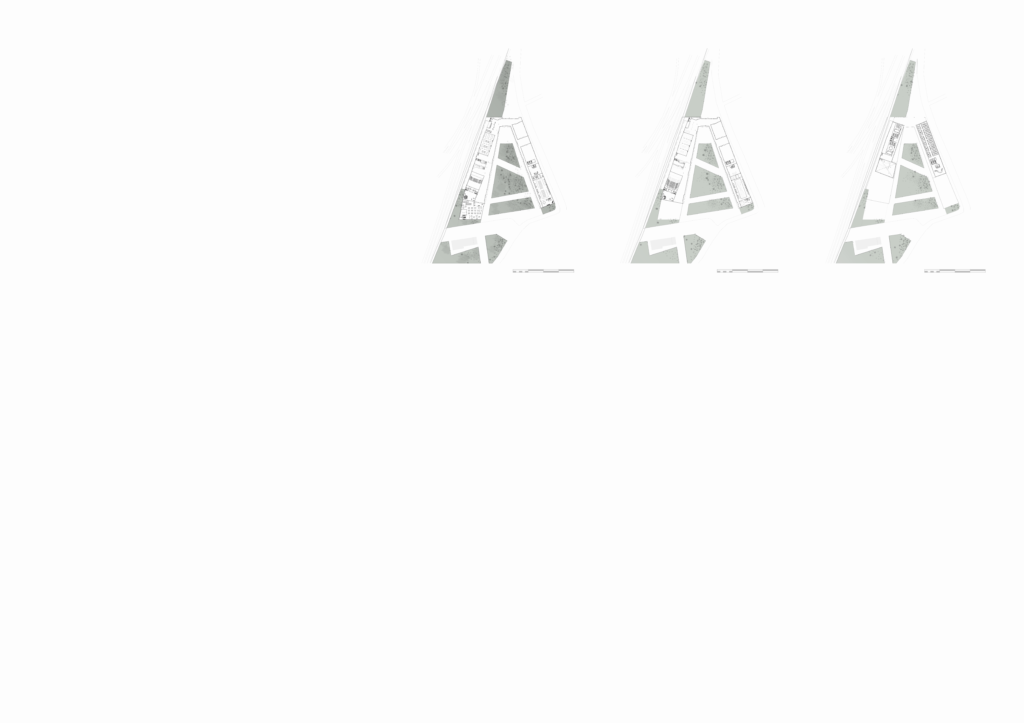 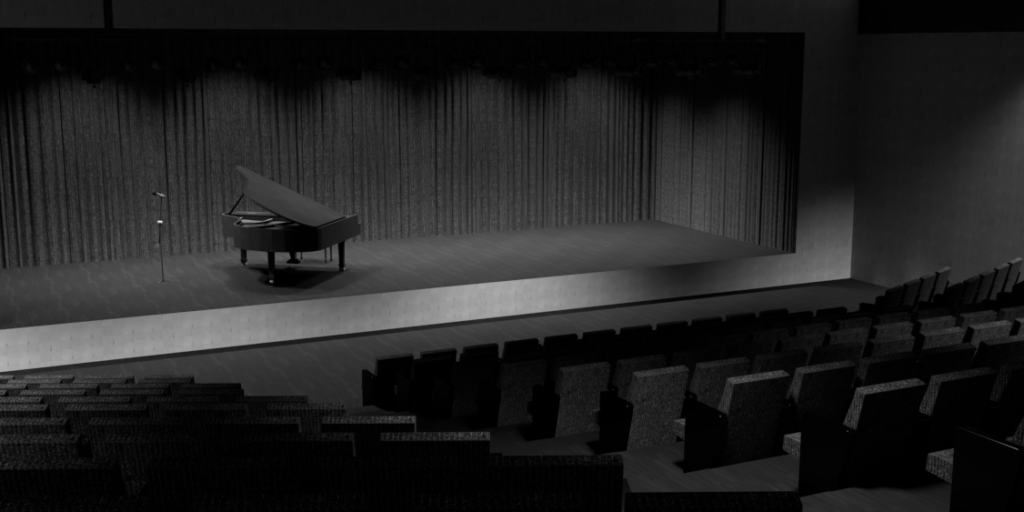 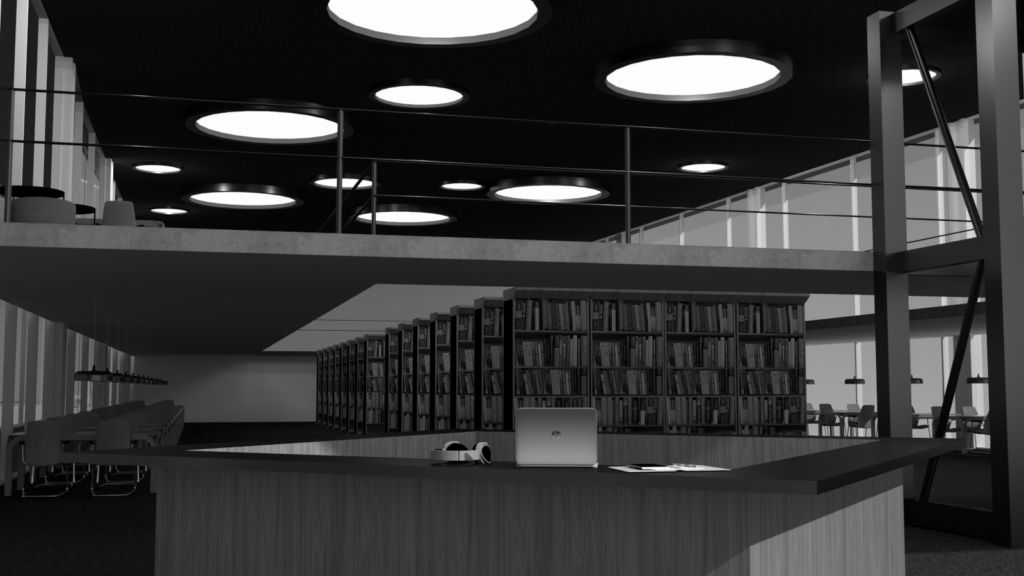 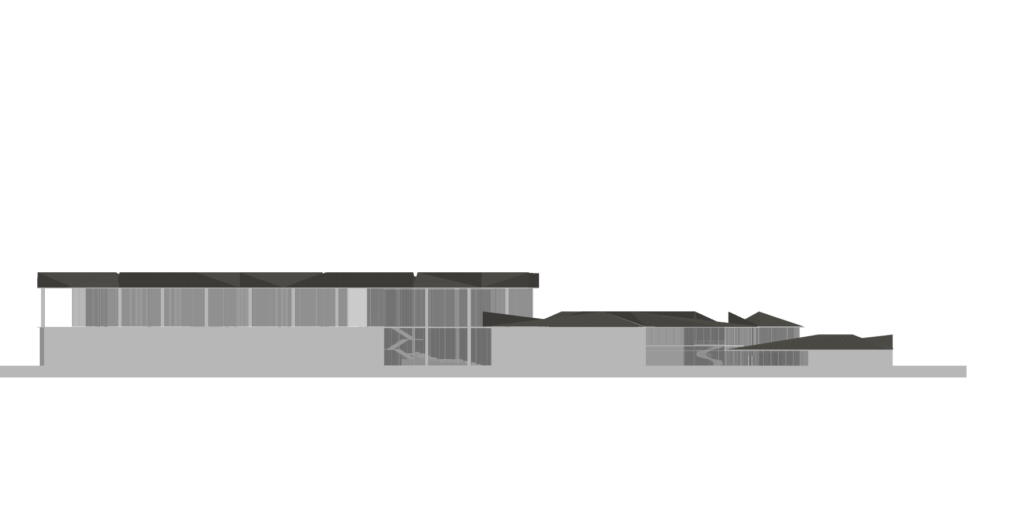 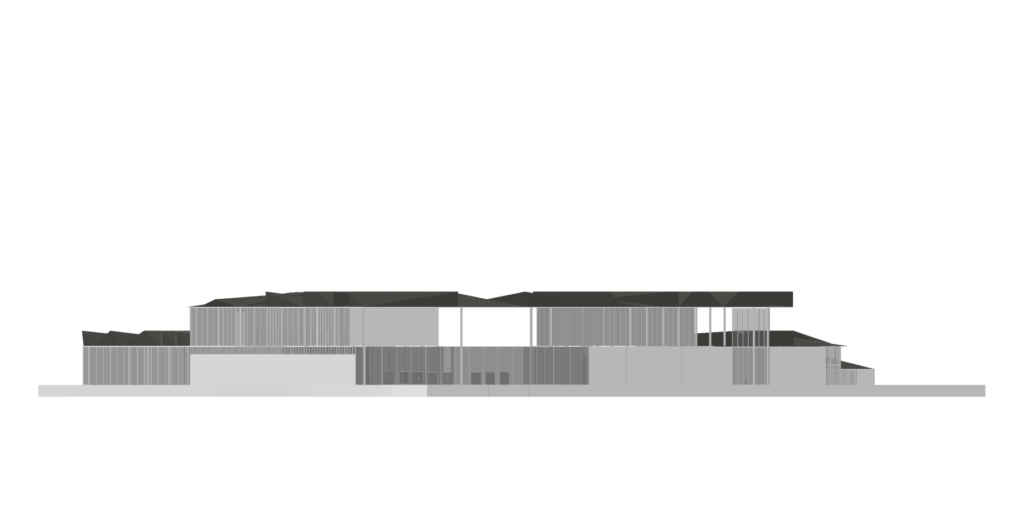 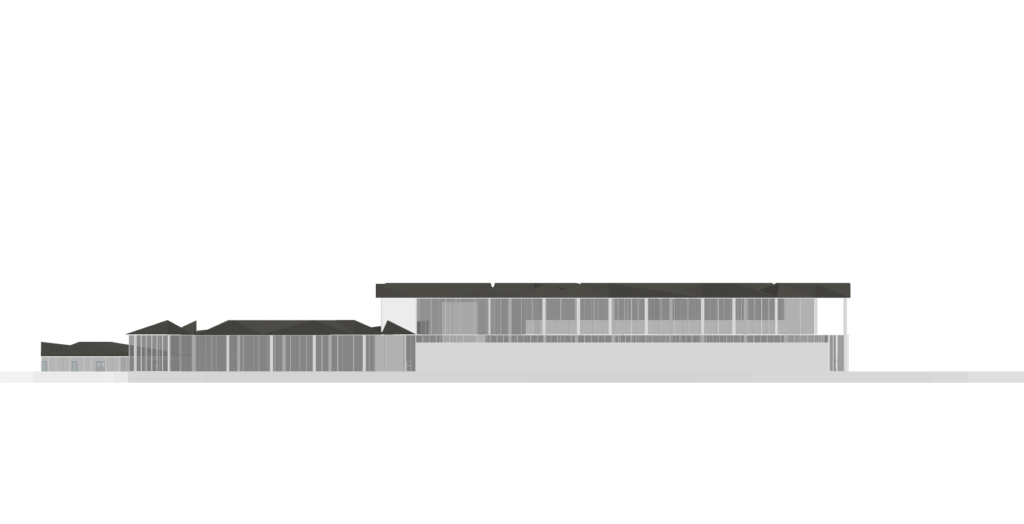 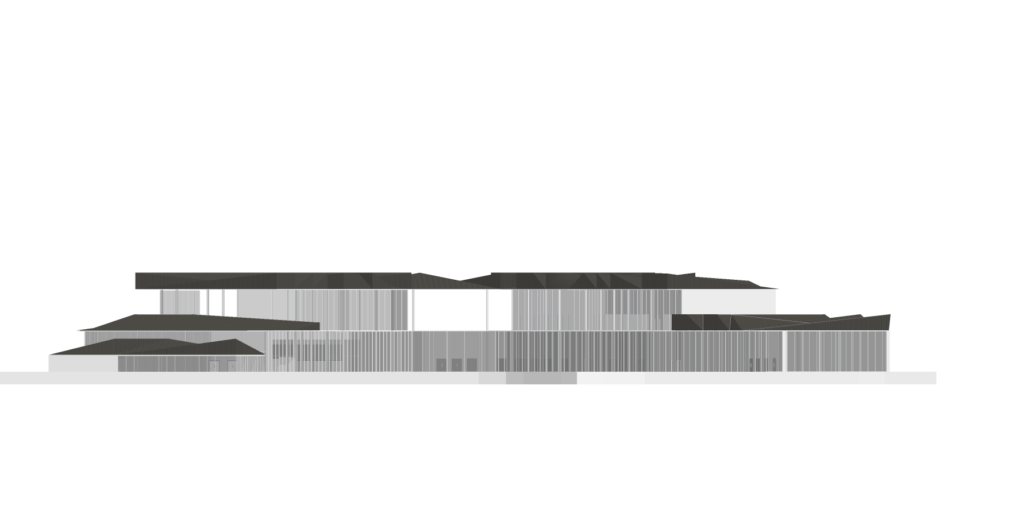 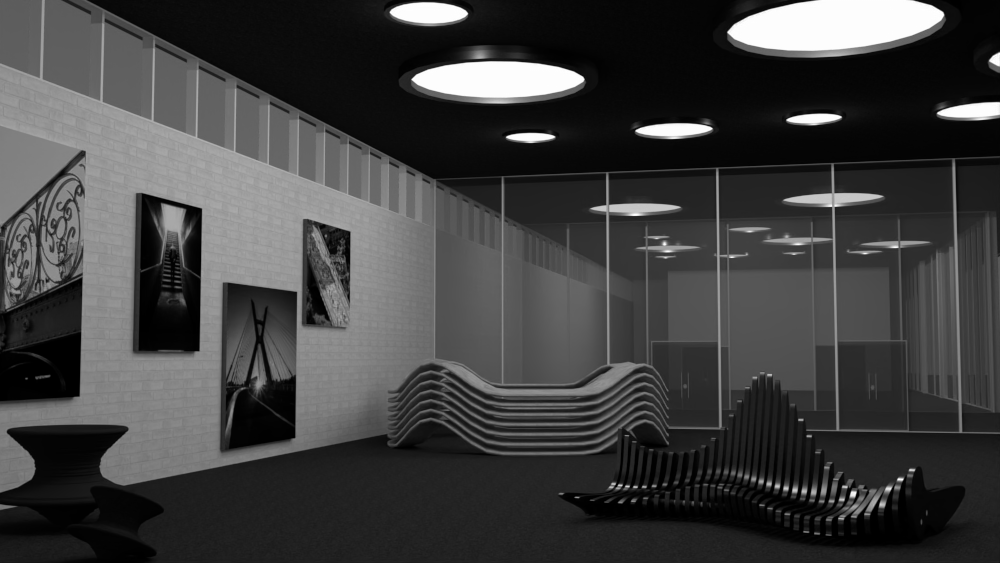 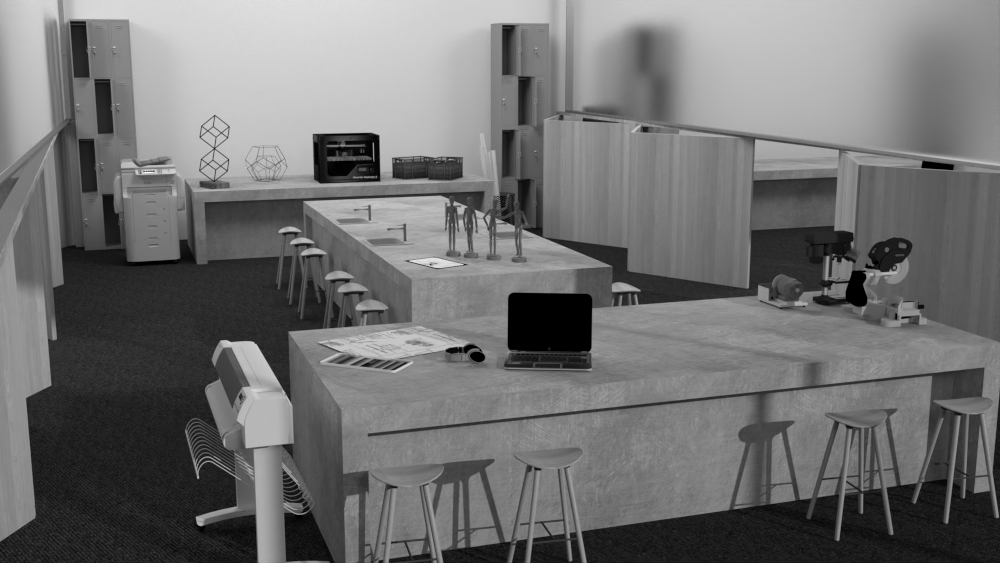 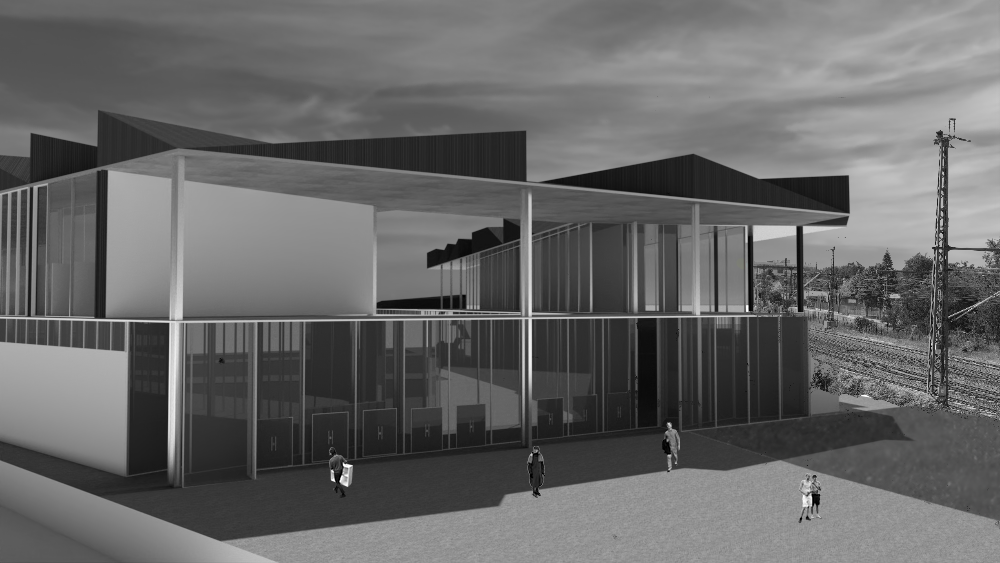 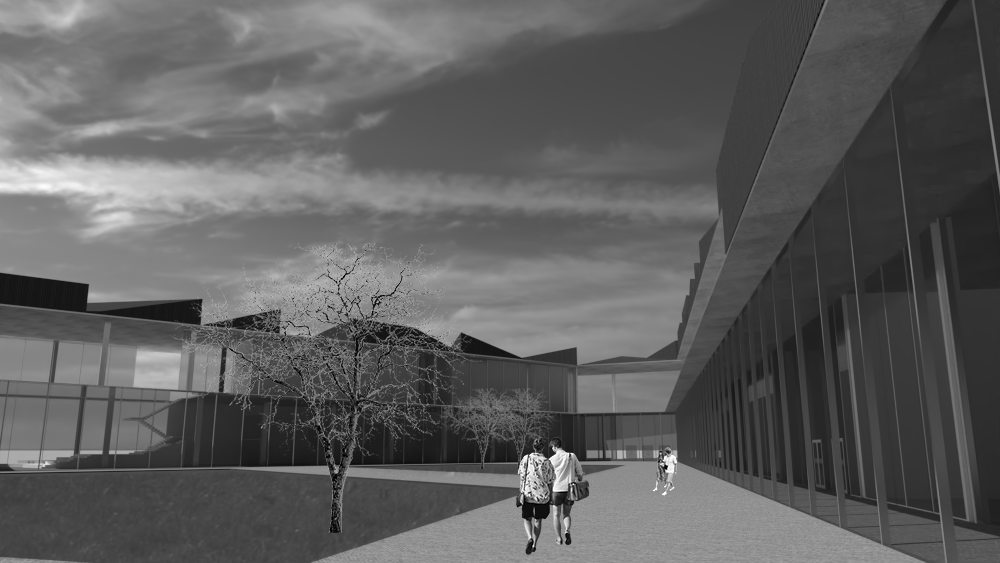